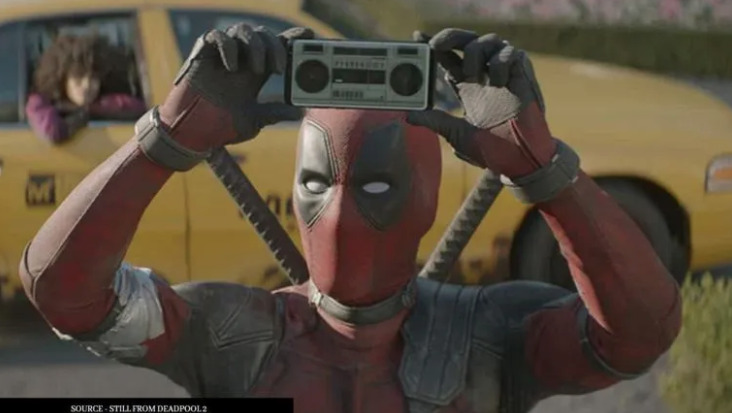 Can deadpool die? The comic book character Deadpool is a fictitious creation of Marvel Comics. Marvel Comics once portrayed Deadpool as a villainous supervillain, but his antiheroic attitude evolved through time but became more widely known that candeadpool die. Deformed mercenary Wade Winston Wilson can regenerate and is a formidable opponent due to his superhuman strength and regeneration abilities. There are many grounds for his moniker, “Merc with the Mouth,” such as his habit of talking and joking continuously for the sake of humorous impact.

Writers have exhibited varying levels of effectiveness in Deadpool’s primary ability. When he’s awake, aware, and cheerful, it works best. In many cases, Deadpool has survived being cremated and decapitated. The quickness with which he heals is remarkable. After being torn from his body, Deadpool regrew his head in the graphic novel Deadpool Kills the Avengers.

His brain cells are also transformed similarly; dying neurons are replaced at a far higher rate than he normally would. This talent aids Deadpool’s telepathic immunity and ability to heal from head wounds; nevertheless, it can be erratic. There’s evidence Deadpool had throat cancer he received his healing factor; after receiving it, his normal cells and diseased cells could not die.

Deadpool’s ability to regenerate health plays a significant role in his resiliency. He has the same ability to regenerate his body as Wolverine. The difference between him and Wolverine was that for the longest time, Deadpool couldn’t die for some reason, oddly enough, thanks to Thanos.Even though Deadpool has been killed numerous times, he is essentially indestructible.

Is Deadpool capable of defeating Thanos?

Because Thanos has cursed him, only the Mad Titan has the power to free him and put an end to his life. When Thanos states that Wade Wilson will never experience the love of death, Thanos decides to curse him with life, presumably so that he can continue to watch Deadpool and never be with the love he craves so much.

Out of envy about Deadpool’s role as Death’s love interest, Thanos reportedly remarked that Deadpool should “consider yourself cursed with life.This is how can deadpool kill Thanos. As instructed by Thanos, T-Ray resurrected him using an item that he received from him.Then, Deadpool learned that Thanos had cursed him, and he went out to find Thanos. “Spell of black necromancy” is the only thing keeping Wade alive.

Turn off his ability to heal himself:

Deadpool has an impressive mutant healing factor in the absence of Thanos’ curse. As a means of taking out mutants who are protected by their powers, the mutant leech comes to mind. Because of his name, Leech can disable mutants’ powers who are in close contact with him. As long as Deadpool is in the same approximate vicinity as Leech, he is as vulnerable to attack as anyone else.

Disintegration to the nth degree:

Like Wolverine before him, Deadpool is now vulnerable to anything that can destroy his entire body, as he can no longer regenerate from nothingness due to Thanos’ odd curse. There have been numerous ways for Wolverine to lose his skin, from being thrown into an electrical transformer to being flash-fried by a Sentinel. Deadpool could theoretically be damaged in the same way that he can’t regenerate at the cellular level, putting him at risk.

Can deadpool die if his head is cut off?

Deadpool has used several different teleportation devices in the past to travel quickly. Here you can learn can deadpool teleport. However, in the Deadpool& Cable series, Deadpool’s teleportation powers took a more interesting turn. After being infected by the Facade Virus, the heroes of that comic’s first storey arc, “If Looks Could Kill,” can alter their appearance.

Can deadpool die from lava?

Can deadpool die from lava? It would be painful, but he’s Deadpool, and he can’t die in the most literal way conceivable? A simple ascension up the volcano’s flanks is all he needs to do. Yes. He’d still be alive if that were the case. Since it takes a long time to mend everything, Deadpool would fall and break most of his bones in the volcano’s deep lava and burn to oblivion.

Wolverine, played by Reynolds, would appear in the X-Men films X-Men Origins: Wolverine, Deadpool, and Deadpool 2. Cable &Deadpool #2 first piqued Reynolds’ interest and convinced him to make Deadpool a movie star; he tells the New York Times. According to comics sidelining to 2013, Wolverine was impervious to death. Here you can learn can wolverine die.

Deadpool’s healing factor is influenced by the damage’s severity and mental health.Ryan Renolds crossed with a Shar-Pei” is how he describes his scarred appearance in the 2004 Cable and Deadpool storyline. A long-held secret among Deadpool’s devoted admirers has been revealed to the whole public: the character is virtually unkillable. A man who can take a barrage of gunshots and yet come out swinging, even while entire buildings burn down around him, is known as the “Man of Steel.”

Would Deadpool die in the sun?

Deadpool has met his demise numerous times, and being thrown into the sun would be another. In Marvel Cinematic Universe, Ghost Rider and the Silver Surfer would perish from exposure to the sun.

What is the cause of death for Deadpool?

It’s been revealed that Deadpool had cancer when he was given his healing factor, that it prevented the death of both his normal and cancerous cells when the healing factor was given to him.

Is it possible for Deadpool to suffocate to death?

Suffocation couldn’t kill Deadpool because he had been cursed to be immortal.

Can deadpool die in space?

To a certain extent, Deadpool is driven by his mind. Because of his healing factor, he can survive in space, a nuclear blast, and even a large supernova without dying; therefore can deadpool die in space.

Is it necessary for Deadpool to eat?

Although his healing factor may be strong enough and work so that he does not need food and drink, unlike Wolverine, who has at least demonstrated a need for sustenance.