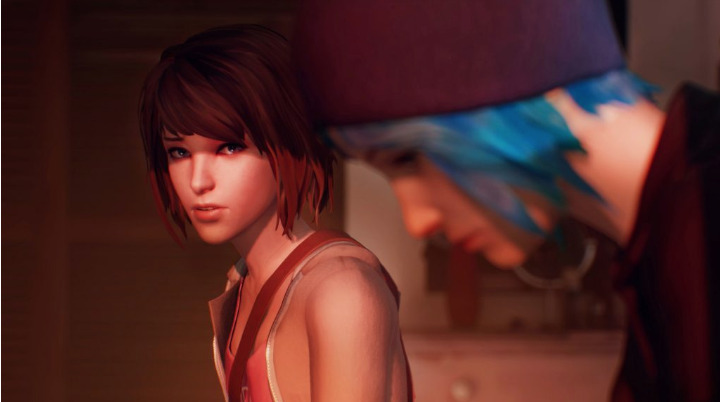 Life is Strange remastered has been recreated with improved images and animation thanks to mocap technology. An expert in photography tries to prevent a fight between her and her closest friend Chloe Price and learns that she can reverse time. As they dig deeper into the circumstances behind Amber’s abduction, the two quickly discover the seedier side of life.

However, Max soon realizes that he cannot change the past without risking a catastrophic future.

Max Caulfield, the game’s protagonist, can go back in time whenever he wants. Although she has the power to alter the course of events in the future, this does not spare her from experiencing them or the emotional toll they take on her in the present. This Game in Life is Strange remastered is not afraid to tackle complicated head-on feelings, heavy subject matter, and horrific moments of violence.

Release of Life is Strange remastered:

After its release in 2015, Life is Strange remastered became a cult favorite thanks to its original take on time-traveling adolescent misbehavior and its hella abuse of adolescent slang. When Square Enix saw a smash on their hands, they had Deck Nine Games release a prequel, titled Before the Storm, barely two years later. It is the new copy of the first two games in the series, both of which were released for PlayStation 4. The product is chaotic and not nearly as appealing to fans as it could have been.

The initial impression of Life is Strange remastered is negative. While Max is making his way to the lighthouse during the raging Storm in the prologue, I notice several vertical orange lines on the right side of the screen. A few minutes later, horizontal blue lines appeared alongside them during the game’s action, cutscenes, and speech. What Max was doing in the game didn’t matter; she had discovered a new and extremely undesirable power: graphics bleed.

If this were the only problem, it would be a black eye that can be easily treated, but unfortunately, this is just the first of many bruises that Life is Strange remastered will have to endure. There were multiple instances in Life is Strange remastered where the subtitles stopped working, making it inaccessible to anyone who relies on that feature to follow the plot. It’s embarrassing to ship in this shape, especially after the delays of several months. It needed more time in development and quality assurance testing. Many problems have cropped up due to the remastering process’s well-intended additions to the game.

The majority of the revamped character models are excellent in Life is Strange remastered, but the few non-playable characters who were neglected stand out. Some of them even resemble grotesque caricatures. Max and Chloe look beautiful, but they regularly converse with people of Arcadia Bay who seem weird and may be deformed, making the visual style considerably more uneven than the initial release.

Meanwhile, the facial animations fall short and go into the uncanny valley, never measuring up to what Deck Nine did in Life is Strange: True Colors. When a character’s movements are almost spot on but not quite, it can distract the spectator. However, the original was not written with realism in mind. Cutscenes can be ruined by Max’s new glitch where he jumps up and down instead of sitting or standing, which is jarring to the eye and can take away from the dramatic impact of the situation.

In addition, the movie’s quaint and endearing nature has been lost in several scenes’ newfound darkness. Uneven lighting is a common problem that makes it difficult to explore regions. After considering all these problems and the inconsistent implementation of the proposed solutions, I think I’ll stick with the original’s technically rudimentary but endearing aesthetic. After all, realism isn’t necessary for a novel about superheroes and camaraderie.

Alterations in Life is Strange remastered:

Some of the alterations made from the original movie are more concerning than the bugs themselves because they undermine Dontnod’s aesthetic vision. Max does not immediately wake up in her classroom after the prologue above, underscoring its significance as a foreshadowing or dream sequence; rather, there is a loading screen that significantly dilutes the effect. It’s a minor thing in the grand scheme, but considering that the omission was a deliberate creative choice in the first place and that the developers labored over making it function in every release, it’s quite disheartening. It deviates wildly from the intended meaning and also piles on extra baggage that wasn’t there before.

More bottles were added to the junkyard problem (which many players found difficult), and tears were added to the burial scene at the end of Life is Strange remastered, even though the scene was designed to express hope rather than melancholy. Dontnod’s absence from the remaster means that Deck Nine’s vision for these moments, rather than the original concept, is included. Furthermore, the credits sequences at the end of each episode have been eliminated (though just from the original game). It is a strange decision, given that they provided players with a moment to process the cliffhangers and events of the episode before diving into the data on their decisions.

When remastering another studio’s work, there is always a delicate balance between being true to the original intent and exploring new ground. Even though intentions were good with this Life is Strange remastered, more time or collaboration is required. Michel Koch, director, and co-creator of Life is Strange remastered, has commented on these alterations and explained the reasoning behind how the original sequences were set up.

Although fewer complaints about Before the Storm Remastered, Life is Strange Remastered dominates the conversation due to its extensive list of problems. Since Deck Nine was responsible for its development from the start, the remastering process was smooth sailing. The game runs smoothly, and the prequel includes all of Chloe’s downloadable content costumes (including the funny Hot Dog Man tee) and a sweet bonus episode of little Max and Chloe acting like pirates.

The time and effort put into making Rachel Amber a fully realized character remains one of the series’ best aspects, even after all these years. Another perk of reading this again is to realize how much more I care about Steph’s character because of True Colors. While it may not have required a remaster, the fact that Deck Nine was able to fix a few aspects (without adding the erratic face animation from the earlier remaster) is undoubtedly a plus.

Sadly, the prospects of any game in the Life is Strange Remastered being the last word are diminished by the presence of missing Content in both. While not strictly necessary, Mixtape Mode was a fun way to listen to the game’s music while hanging out with Chloe, and it was unfortunately absent from Before the Storm. The absence of the developer comments feature is more significant

in Life is Strange. Michel Koch, Raoul Barbet, and Luc Baghadoust’s commentary offered a fascinating glimpse of behind-the-scenes. The lack of commentary is especially disappointing, given how uncommon it is in video games (a few Valve titles and The Walking Dead: The Telltale Definitive Series are two prominent exceptions).

It’s ridiculous that a remaster needs a “patch roadmap,” but future updates may bring Life is Strange Remastered to par with where it should have been at launch. Regardless of whether or not these adjustments make it into the final product, the Life is Strange Remastered Collection is a tough sell if you’ve played the games before. The modifications from the original are superficial at best and can even subtract from the experience.

The narrative of both games is fairly good, but the butchering of the original is damning, given that was the major selling point. Before the Storm fares better, both games need a more carefully designed package, as the additional graphical flaws and bugs prevent them from being considered the definitive editions.

Ql. Should I get the Life Is Strange remastered?

There’s a good chance you should pick up the Life is Strange remastered versions this season if you haven’t already. The worth of the improved visuals is a deciding factor.

Q2. The remastered version of “Life Is Strange” includes what?

Q3. What is the estimated time to complete Life is Strange?

There are five episodes in total, and each can take two to three hours to complete. While the total time spent on the game is a function of how quickly or slowly players move, the pace at which they play can significantly alter that value. The primary storyline may be completed in about 14 hours, from episodes one through five.